So as I mentioned in my last post, I was to host a girl's craft night last Thursday night.  I had purchased paints and canvases at Joann's for us to paint a Christmas quote, saying, etc.  I had picked out a few of my favorites and my friends found some really cute sayings as well.  Let's just say the quote of my choosing was a bit time consuming, but I was determined! Here's how it went... For the the canvases that needed a solid background we found it easiest to use an actual paint roller AND we noticed that you should not squeeze the paint directly on to the canvas to roll, make sure and squeeze the paint on to a paint tray or something else because it left marks on the canvas. ** The paint dried really fast with the help of  a hair dryer. 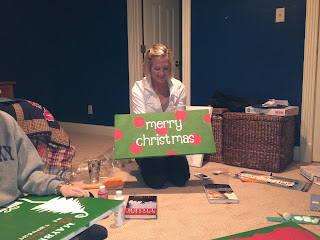 Here is one of my friends canvases, she used the painter's tape roll to trace circles on to her canvas and used a brush to paint the green and to fill in the dots.  We then made our own stencil using the Cricut cartridge "Alphalicious." She was definitely smartest in choosing one that didn't have a million letters to stencil!!! 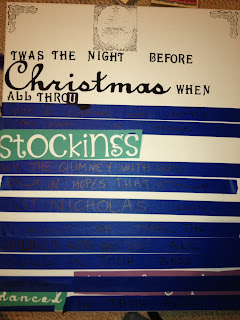 Okay, so here is mine.  This is what I was going for if you remember from my last blog post.. Night Before Christmas Art I used stamps that I bought at Joann's to create an old vintage look. I found that spacing for such a long quote was going to be my biggest issue, so I noticed that the width of my painter's tape was about the size of the stencil I was using so I tried to space out where each line of text would fit.  I found some really neat sticky stencils at WalMart that looked kind of old-English looking and fit the look I was going for! Here are the stencils I used for the majority of my canvas, they hold up their stickiness for up to 20 uses. The other fonts I used were made from my Cricut or were your regular store bought stencils. 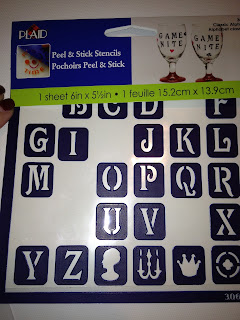 And after about NINE hours of working on my canvas, OMG my back still hurts!! It honestly took me about 3 hours over 3 different nights to finally get this done! Here is what I ended up with... 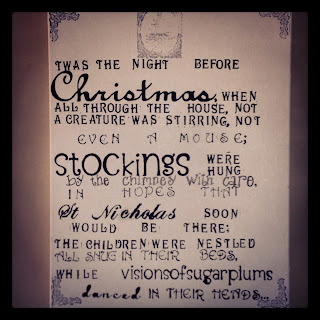 Of course what slowed me down a lot was the fact that I was freaking out thinking I would misspell something or leave a word out, but I did so good! UNTIL..I thought I was done, I was adding in the colons and semi-colons and I was like OH NO! where is 'by the chimney with care?!?!" Somehow I had skipped an entire line! Talk about furious! So that's why I have one line of handwritten text and that's why my spacing is all jacked up! But by goodness I am not starting over and doing it again!! It'll have to do! ;)

Next up was my other friend's canvas who went with the "O Come Let us Adore Him" theme, it is going to be so cute! She hasn't finished it just yet, I know that the red part is going to be outlined in a bold black outline, so I already know it's going to be super cute! I'll add another pic as soon as it's done! 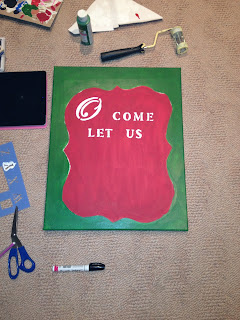 Finally, is the Grinch themed canvas; which is too cute!  This one took more time than just our craft night as well, but we had a good time Saturday trying to get ours finished since we chose some more detailed paintings! 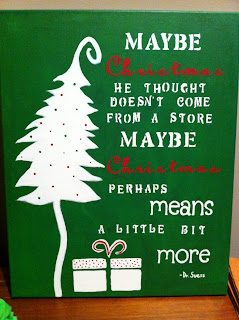 Even though doing my Night Before Christmas canvas stressed me out to the max, I'm ready for another one already! I have two that I know of for sure! I love the Elf quote, "the best way to spread Christmas cheer is singing loud for all to hear." The canvas I saw on Pinterest even has Buddy's (Elf) legs next the the quote to add a little character.  On Pinterest I also liked a simple white canvas with red text that has the lyrics from Silver Bells, "City sidewalks, busy sidewalks, dressed in holiday style, in the air there's a feeling of Christmas..." Can't wait to make those too, and of course I'll keep you posted!
Posted by Erin Jane at 10:15 AM 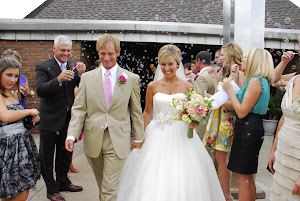 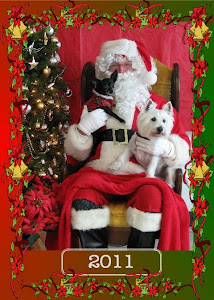 My furry babies, Ellie and Louie